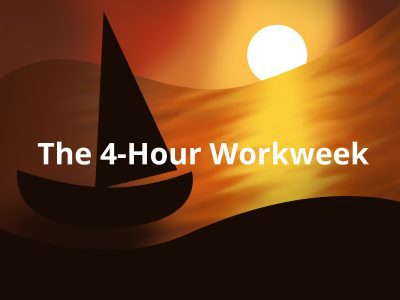 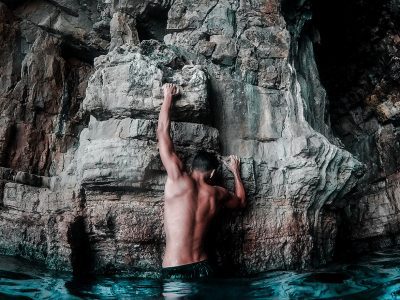 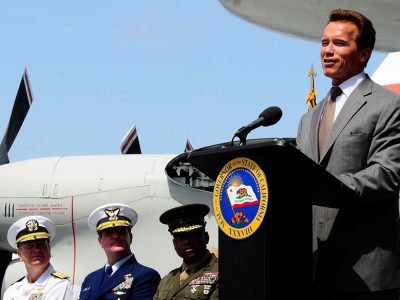 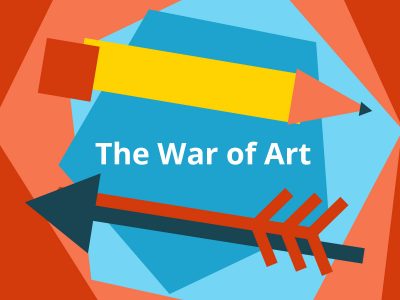 Read Listen
Save
The War of Art by Steven Pressfield
4.6 at Amazon
creativity • productivity • self discipline • writing 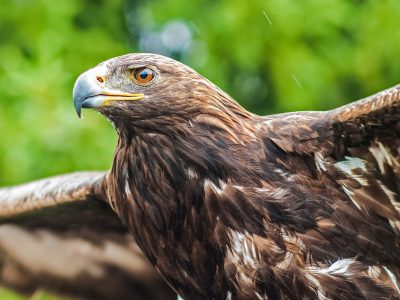 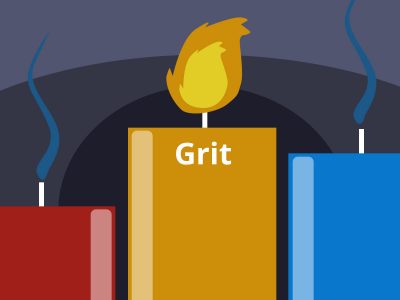 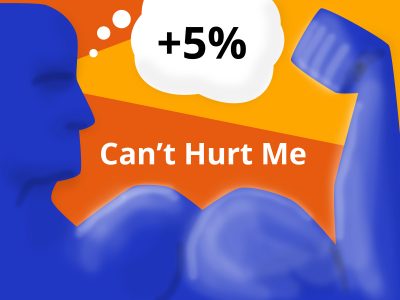 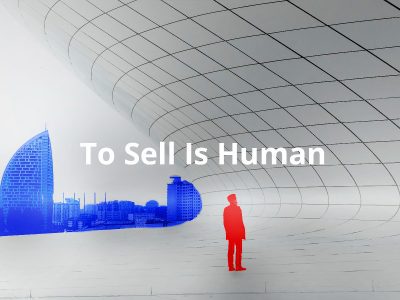 Read Listen
Save
To Sell Is Human by Daniel Pink
4.5 at Amazon
career • negotiation • sales 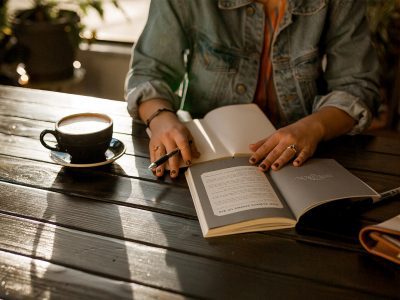 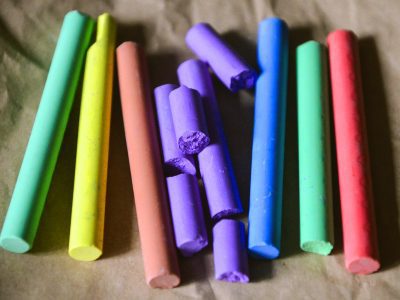 Read Listen
Save
How to Fail at Almost Everything and Still Win Big by Scott Adams
4.7 at Amazon
biography • entrepreneur • productivity • self discipline 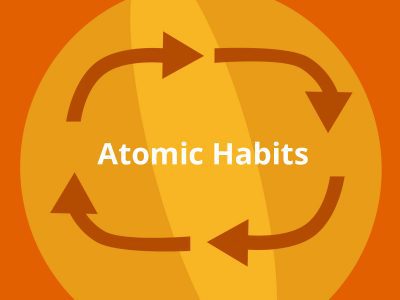 Beeping phones, overflowing inboxes, endless newsfeeds, and clever advertising algorithms that can almost read our minds. It’s no secret our world is becoming noisier every year. We’re bombarded with new technology, but we never received a guide for managing it effectively. This is the guide.

Cal Newport is a computer scientist, but ironically his big message in Deep Work is that it’s good to disconnect. So hide your phone and unplug the wifi, because you’re about to learn how to focus! It’s all about setting aside dedicated blocks of time, free of distraction and interruption, to accomplish “deep work.” If you study the lives of the most accomplished people, you’ll see they all made time for this type of deep concentration, including Bill Gates, JK Rowling and Charles Darwin.

Who is Cal Newport?

Cal Newport is a Computer Science Professor at Georgetown University. Over the last decade, Newport own career has been fantastically productive. He launched a popular blog, had 7 books published, and wrote many academic papers—that have now been cited over 4000 times!

Newport learned the crucial importance of focusing deeply while earning his PhD at MIT. There he saw the most accomplished researchers staring at a whiteboard together for many hours at a time, just thinking deeply about some scientific problem. While studying the lives of great people in history, he often saw the same pattern: they made deep concentration a priority.

So the most important idea in the entire book is the difference between shallow work and deep work:

When I was around 18, I spent months studying copywriting, learning how to write sales pages that convince people to buy a product. Then I made an online course and was able to sell it successfully because I had learned copywriting, a skill that is truly valuable and difficult. (And by the way, good copywriting is really 90% market research and empathy, mixed with 10% sales techniques like those explained in the book Influence by Robert Cialdini—our summary here.)

Shallow work is undemanding, repetitive, and doesn’t produce much value. Instead, you should be doing more deep work, which requires sustained concentration on a mentally challenging task. It allows you to build skills and finish more complex work projects.

2. Aim for Depth: Deep work is valuable, rare and meaningful

In Part 1 of this book, Newport argues deep work is becoming more valuable and more rare, plus it brings meaning to our lives. Let’s explore these three points one-by-one:

The author Nassim Taleb has some fascinating insights into economics. In his book The Black Swan, he says we are transitioning from an old world to a new one. The world we used to live in is called Mediocristan, where things were more equal and similar. But the world we are moving into is called Extremistan, where individual outliers can be extremely different than the average.

For example, something that exists in the world of Mediocristan is human height—most people are a similar height, around 5-6 feet tall. But something that exists in Extremistan is success—Bill Gates is richer than 1000 other people combined and JK Rowling sells more books than 1000 other authors combined, etc. We are slowly living more in this new world of Extremistan, where it really pays to be the best in your field, but it sucks to be average.

Today, deep work is becoming more rare and valuable because of technology trends like the internet and automation. Doing work that is engaging and challenging feels more meaningful, too.

Why do so many of us find it hard to concentrate? Maybe our problems can be explained by two recent ideas from psychology:

We often imagine geniuses working chaotically and being struck by inspiration at random times. In reality, many of the most accomplished people in history had repetitive daily rituals to help them focus and structure their work life. Many examples Cal Newport shares came from another book literally called Daily Rituals, by journalist Mason Currey who documented the day-to-day work habits of over 100 influential artists and thinkers. He found that no two individual had the same rituals, but they had all created daily rituals to support their creativity—that’s the most important point.

Here is a great analogy that communicates the power of habits, from author James Clear: “Habits are the compound interest of self-improvement. The same way that money multiplies through compound interest, the effects of your habits multiply as you repeat them. They seem to make little difference on any given day and yet the impact they deliver over the months and years can be enormous. It is only when looking back two, five, or perhaps ten years later that the value of good habits and the cost of bad ones becomes strikingly apparent.”

Read more in our summary of Atomic Habits by James Clear

Willpower is not a character trait, but more like a muscle that gets tired out over the day. Create daily rituals so you can avoid depleting your willpower too quickly. These should involve long blocks of time focusing on a single task, so you don’t suffer the effects of attention residue.

In running my online businesses, I like to spend most of my work days focused on deep work. Then every 2-3 days, I reserve blocks of time for shallow work, like email. This works great for me, but I’m not sure if it’s possible for everyone. One big advantage of being self-employed is that I can set up my work to not require constant email communication with others. This is possible even within a company with many people. For example, in the software company Basecamp, the founders were located in different parts of the world. So when one of them was working, the others were often sleeping. This gave them time to do their most valuable work without distraction.

The four major styles of deep work are: 1) monastic—being basically unreachable, 2) bimodal—switching between long stretches of concentration and connection, 3) rhythmic—daily deep work within a regular schedule, and 4) journalistic—fitting in deep work where possible.

Here are three tips for being interrupted less often while you are working deeply:

Remaining focused on one thing while you are working is crucial, which means eliminating interruptions. Schedule blocks of time to do deep work and avoid checking anything else. Newport is critical of companies that promote open offices and constant digital communication.

6. Train Your Concentration: Your ability to focus can be increased

Stanford Professor Clifford Nass studied people who multitasked often, and he discovered their brains were actually changed so they couldn’t concentrate as effectively. What if focus is not a fixed ability, like most of us assume, but more like a muscle that we can strengthen?

When we choose to be productive, we are using willpower to strive for our long-term values instead of giving in to our short term impulses. Perhaps this is the most important way humans are different from other animals—we have that power to choose not to follow our instincts.

Cal Newport shares some ways we can train our willpower and concentration:

By the way, don’t worry if you find it difficult to avoid social media, infotainment sites and shiny apps. That doesn’t mean you’re weak, it just means you’re normal! Giant tech companies spend hundreds of millions of dollars to make their apps more addictive, and many of their methods are explained in the book Hooked by Nir Eyal. I think it’s work reading that book to learn how tech gets us addicted, so then we can avoid their tricks.

For example, one way apps make us return to them again and again is through triggers, which include notifications, emails, etc. So we can backwards-engineer that. If you find yourself being pulled back into a distracting app over and over again, then remove the triggers. Turn off notifications, unsubscribe from emails, etc.

Learn more in our summary of Hooked by Nir Eyal

You can strengthen your concentration through resisting impulsive gratification. Plan your internet usage time beforehand, consider both benefits and costs of social media, and set a fixed shutdown time for your work.

Unlock the full summary.
Upgrade to a Pro Account
in just 4 minutes. 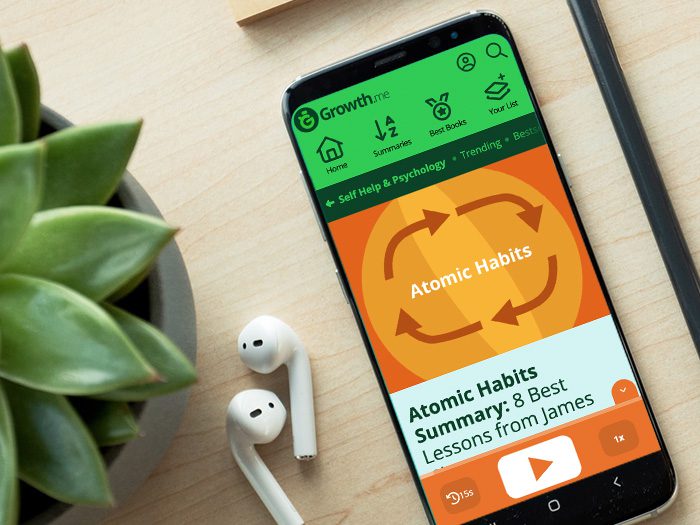 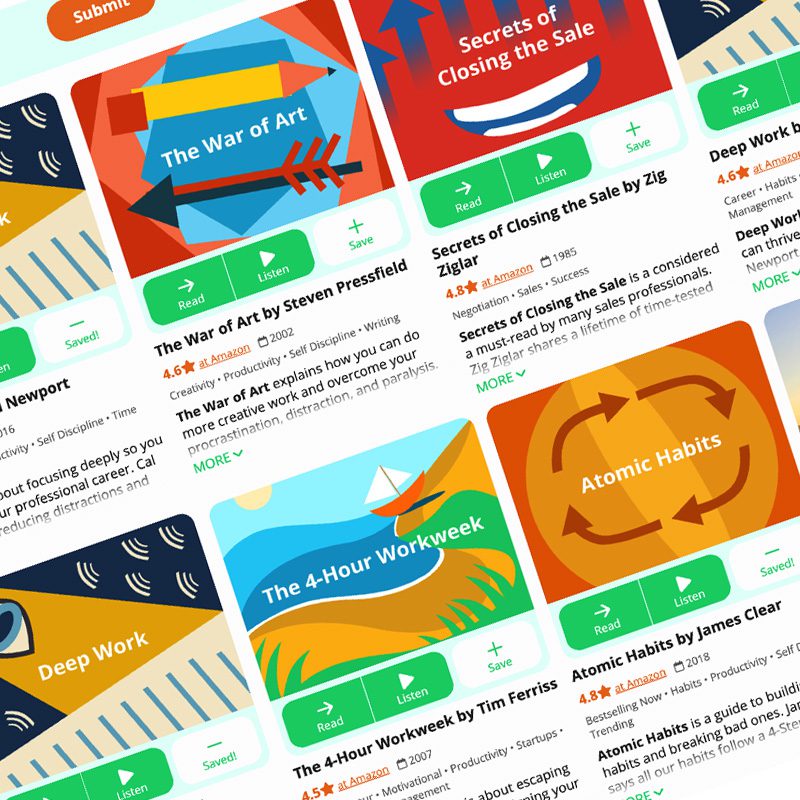 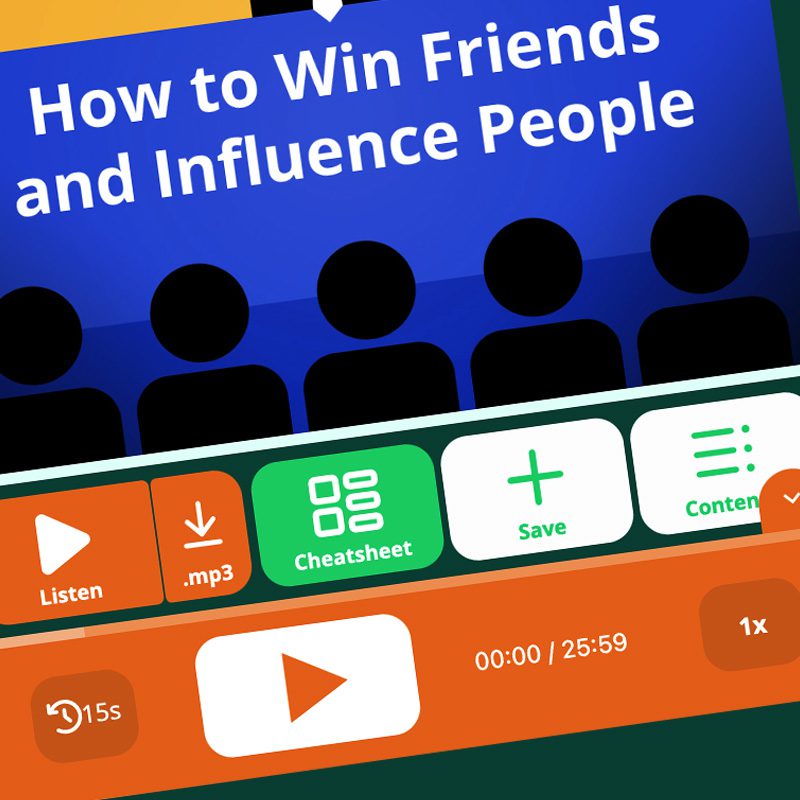 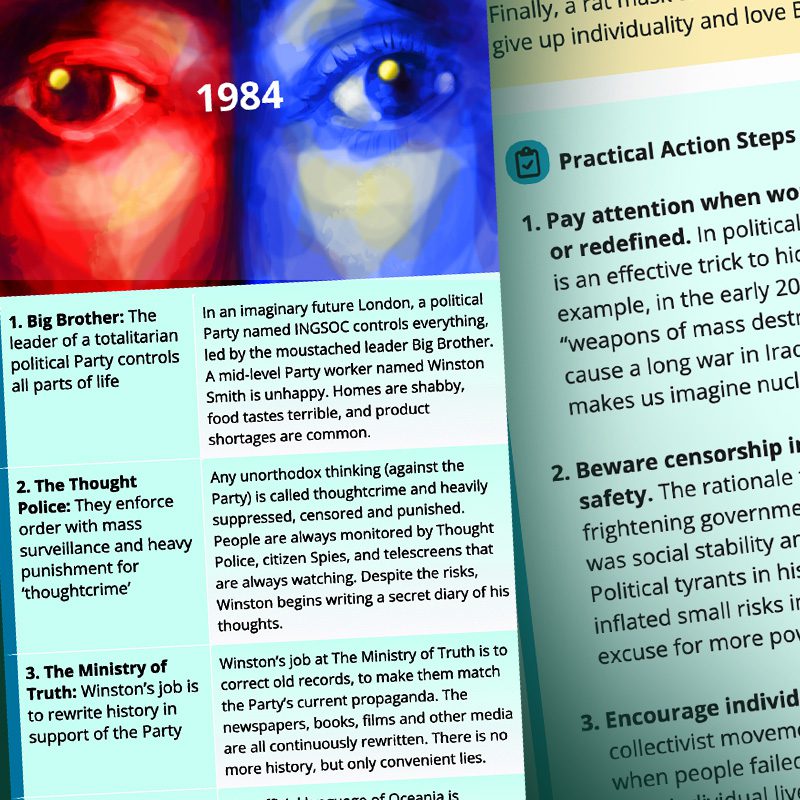